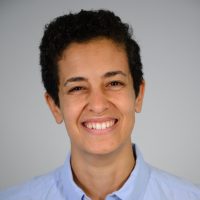 Lina Khalifeh is the Founder and owner of SheFighter (The First Self-Defense studio for women only in Jordan and the Middle East).  SheFighter is designed to empower women physically, mentally and emotionally through Self-Defense training.

The studio has been founded in 2012 and has trained more than 18 thousand women all over the globe.

Lina has many great achievements. Some are as follows:

Lina is very passionate about her work and is working to spread SheFighter globally and make it at reach for all women.

For more of Lina’s Speaking engagements, check out : www.linakhalifeh.org