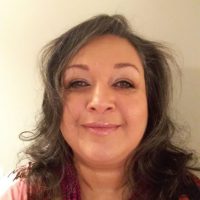 Camelia Mazard is a Partner focusing on all aspects of Antitrust and International Trade Law.

Ms. Mazard counsels a range of clients, including multi- national corporations and trade associations, regarding compliance with federal antitrust rules and advises both U.S. and foreign companies in the federal merger review process. She also represents companies involved in civil and criminal investigations by the U.S. Department of Justice and in federal and state private antitrust litigation.

Ms. Mazard represents clients on issues related to mergers and premerger notifications both inside and outside the United States and in front of federal and state antitrust regulatory agencies. She also provides antitrust and regulatory advice and counseling to risk arbitrage managers of various institutional banks and investment funds.

During school, Ms. Mazard served as a Legal Intern for the State Department at the United States Mission to the United Nations and for Duracell, Inc. She is fluent in French and proficient in Spanish.