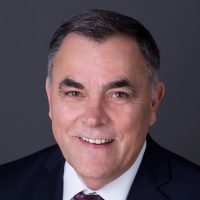 Prior to his first being elected in 2013, Darryl held the RCMP Senior University Research Chair and Directorship of the Centre for Public Safety and Criminal Justice Research at the University of the Fraser Valley (UFV) where he taught for 34 years. He is the author or co-author of more than 200 research reports, international journal articles, and other publications addressing a broad range public safety issues. As UFV Professor Emeritus he
continues to write and teach on government and public safety issues.

He is a recipient of numerous awards, including UFV’s Teaching Excellence Award, the Innovative Excellence in Teaching, Learning and Technology Award from the International Conference on College Teaching and Learning, the Order of Abbotsford, the Canadian Centre for Substance Abuse Award of Distinction, the British Columbia Lieutenant Governor’s Award for Public Safety, and Queen’s Jubilee Medal.

He holds two degrees in criminology from Simon Fraser University, and a doctorate in Higher Education from the University of British Columbia.

*Latest book authorships: “Introduction to Criminal Investigation: Processes, Practices, and Thinking (with R. Gehl), BC Campus, 2018 and; “The Essentials of Leadership in Government” (with L. Garis and C. Squires) University of the Fraser Valley, 2018.