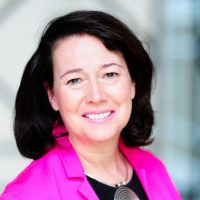 The Honourable Janet Austin was sworn-in as the 30th Lieutenant Governor of British Columbia on April 24, 2018. Prior to this appointment, she spent 15 years as Chief Executive Officer of YWCA Metro Vancouver, one of the province’s largest and most diversified non-profits. There she oversaw operations delivering services to tens of thousands of people annually at more than 40 locations.

Raised in Alberta, Her Honour spent her early career in public sector roles in Calgary, working in regional planning and public consultation and communications for the provincial government. She eventually moved to British Columbia, where she began working with BC Housing and discovered her passion and aptitude for public office. Prior to joining the YWCA, Her Honour served as Executive Director of Big Sisters of BC Lower Mainland, and actively volunteered for many organizations in commitment to helping improve the lives of others, as well as serving on various boards ranging from Translink to the Women’s Health Research Institute.

Her Honour is Chancellor of the Order of British Columbia and was invested as a Member of the Order in 2016. As Lieutenant Governor, she has identified three key themes for her mandate: the promotion of diversity and inclusion, democracy and civic engagement, and Reconciliation. 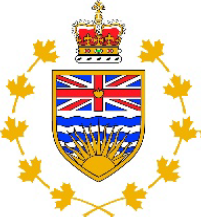 I have been a delegate and speaker at many, many, many conferences but this one is I have to say is the best I have been to. When I first looked at the itinerary I could not wrap my head around why you would choose such world wide speakers to talk about things larger than us small businesses but it wasn’t long after the speakers began on Wednesday evening that I became so deeply inspired and then even more so as the next two days passed.